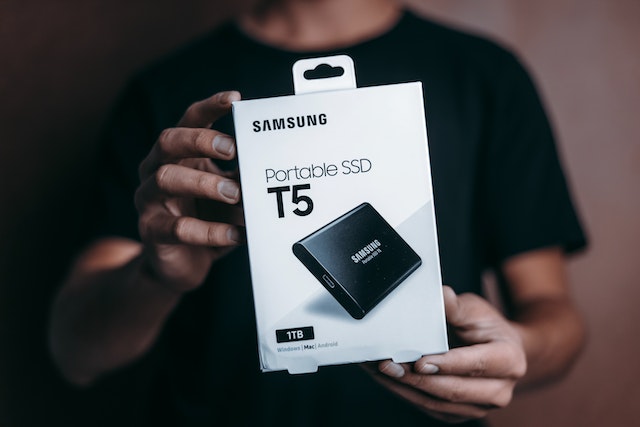 SSD hard drives are the future, that’s for sure. For a long time they were dominated by conventional HDDs, but now they are ahead. Why? It’s simple: SSDs offer extremely high speed and enormous reliability. In this article you will learn more about SSD hard drives and why it is definitely worth buying one!

What are SSD hard drives all about?

An SSD hard drive is a type of computer hard drive that works faster and can store more data than conventional hard drives. The main advantages of SSDs over HDDs (traditional magnetic tape hard drives) are higher speed and reliability. The first generation of SSDs was developed in the 1980s, but their cost and capacity have only improved significantly in recent years.

Which SSD hard drive is best for me?

How does an SSD work?

The SSD hard drive is a fast and reliable hard drive that is capable of storing large amounts of data. SSD means solid state drive or flash memory. The hard disk consists of several components: the controller, the NAND flash memory and the firmware. The controller is the main component of the SSD. It is responsible for managing the data on the hard disk and regulates access to the data. The NAND flash memory is a non-volatile memory where the data is stored. The firmware is software that controls the controller and tells it how to manage the data. The SSD hard disk drive works differently from a conventional hard disk drive (HDD). An HDD consists of several disc-shaped metal disks with magnetic surfaces on them. The data is written and read on these surfaces. The SSD, on the other hand, has no moving parts. It consists of flash memory chips in which the data is stored. This makes the SSD much faster and more reliable than an HDD.

The first SSD hard drives on the market were relatively expensive and had a low capacity. In the meantime, however, the prices for SSDs have fallen sharply and the capacities have increased significantly. There are now SSDs with up to 4 TB of storage capacity. This means that SSDs have now far surpassed conventional hard disks (HDDs) in terms of price-performance ratio. HDDs are still somewhat cheaper than SSDs, but offer significantly less performance. The speed of an HDD is limited by the physical constraints of the rotating magnetic tape. By using flash memory, on the other hand, SSDs can work much faster. In addition, SSDs are much more robust than HDDs because they contain no moving parts. So if you are looking for a fast and robust hard drive, an SSD is the right choice. The extra cost is usually worth it as you will get much better performance.

Conclusion – Is it worth buying?